So, I haven’t been able to blog as much as I would like to over the last couple of weeks, partly due to being extra-specially knackered but also because I’ve cancelled the cleaners so have been doing the housework when I want to be blogging! What this does mean however is that the money that I am saving on the cleaners can be spent on more/ better wine. The opportunity to do so presented itself to me when an old wine associate of mine, Tony Hill, one-half of Bordeaux and Beyond, kindly let me help out on his stand at a local wine fair back in November to give me a taste of the wine trade.

I’m not sure how much use I was, but I thoroughly enjoyed myself showing off the wines, pretending to ‘work in wine’, pouring and tasting, trying to sound like I knew what I was talking about and even selling a few bottles. I also of course got to meet a few of the other traders as you do at a wine fair, taste their offerings and of course took the opportunity to purchase a few of my favourites. As an added bonus, I even got a couple of freebies!

Here are a few of the bottles that I got to take home, all of which lend themselves to being drunk whilst scrubbing the house;

Bordeaux and Beyond is owned by John Green and Tony Hill, the latter whom I studied one of my WSET courses with and both of whom share the ethos to never buy a bottle of wine that they wouldn’t drink themselves.

I was already a fan of the Chateau Micalet having first been introduced to their wines last year at a vertical tasting of 3 consecutive vintages. This is a very typical claret (Cab Sauvignon, Merlot, Cab Franc and Petit Verdot) with dark fruit and vanilla from a tiny village, Cussac, right next door to Margaux. Selling at £15, this wine is an absolute steal and can be kept for another few years yet – highly recommended.

Ooh, how I love a bit of name dropping! It didn’t take me long to get it out of the amiable Rachel that Ralph’s wines are a supplier to the Hand and Flowers in Marlow and having eaten there just days before, I nearly fell over myself (I am so uncool I know) to buy some of their wine to drink in my very own home. The wine was even delivered direct to my door as Ralph’s Wines had run out at the wine fair, so great service too.

The Trapezio is a well balanced example of a Malbec blend with Cabernet Sauvignon and Merlot and my kind of wine. It’s celebrity status obviously adds to its attraction particularly as I am Tom Kerridge’s number one fan right now after he was such a poppet on Masterchef and I just so happened to have lunch there (again) at the H&F the day after. A super wine to be drunk at home or out at lunch  with one’s Pig’s Head and Lamb Bun (plus, it’s not badly marked up by the H&F to £29 either).

Apologies for mentioning another Malbec, but this one was totally different to the Trapezio, being a very young and light Malbec with fresh strawberry fruitiness from the Organic and Biodynamic wine specialist Vintage Roots. This went surprisingly well with my well earned post-wine fair sausage casserole. Plus, the charming guy on the counter gave me the leftover wine at the end of the tasting which I was delighted with! 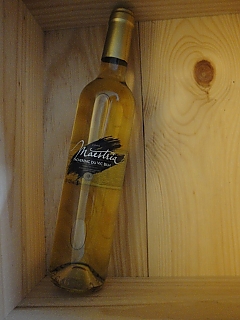 And finally… a delectable and very popular sweet wine which I even sold to the girl on the European Waterways stand who, a self professed person who doesn’t like wine, is  proof that there is a wine out there for everyone’s tastes.

From the South West France region of Gascony, the Pacherenc de Vic-Bilh is made with a specific blend of grapes including Gros Menseng and Petit Menseng picked as they are just starting to raisin. This results in a beautifully acidic but tropical alternative to Sauternes at a very nice price!

This error message is only visible to WordPress admins